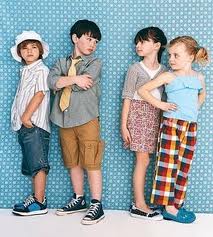 A theme I have noticed in a lot of the books I have been reading lately is the development of strong alpha female characters.  There aren’t as many stories that focus on the female character being the damsel in distress. There are a lot of female ass-kicking characters now then there ever were.  But, that being said there are quite a few book series that feature very overly Alpha male characters.  You are hard pressed to find many series that balance the two well.  A series in which both are Alphas and work well together.

Female characters such as Anita Blake, Charley Davidson and Mackayla Lane, to name a few, all have very similar character requirements.  They are tough, witty, strong both of character and physically and yet still very feminine.  They are exquisite examples of Girl Power.

Anita Blake, of Laurell K. Hamilton’s Anita Blake Series,  is also known as the vampire hunter.  Her series revolves around her but also include a male counterpart, Jean Claude.  The stories illustrate her strengths, weaknesses and her ability to over come them herself not relying souly on Jean Claude to bail her out. The story between her and Jean Claude also does not lead to them automatically jumping into bed.  She sticks to her guns even though there is definite chemistry there.  She is not the shrinking violet or damsel in distress.  In a fight you wouldn’t mind having Anita Blake at your back.

Charley Davidson, of Darynda Jones’ Charley Davidson Series, is also known as the Grim Reaper.  She is a part-time private detective who can communicate with the dead because she is the light that spirits must go into.  She is one of the funniest characters I’ve read in a long time.  She also has a male counterpart in Reyes.  Now, she and Reyes have had hot, sweaty sex but she still keeps her wits about her and still questions the Son of Satan’s  (Reyes) motives.  Charley is definitely headstrong and no non-sense but very relatable.

Mackayla Lane, from Karen Marie Moning’s Fever Series, is our most human of the three female characters I chose.  She does have special powers but it’s not really something most people would want to have.  She can see the Fae without their glamour.  Which means all the awful and ugly facades come crashing at her.  The only reason she learns of these powers is because she leaves her very isolated Georgia home town to Dublin where the Fae are very prominent.  It is here she meets one of the best Alpha males that has been written, Jerricho Barrons.  Mackayla isn’t always the strong character she develops into.  It is her situation, determination and Barrons incessant bullying and pestering that drives her be become what she needs to be.

Since we have covered the female characters we must give props to some of the very strong male characters out there. But, I find that many of the male characters are parts of groups. The Black Dagger Brotherhood and the Lords of the Underworld are some of the strongest male characters that are currently placed on the bookshelves.  They know how to be both sensitive and totally take someone out for messing with their mates.  These men are all Alpha males even though there are leaders in both groups.

J.R. Ward’s Black Dagger Brotherhood contains ALL strong characters.  Each one of them must overcome obstacles from Vishous and his need for pain, Rhage and his inner monster, Zsadist and his tormented past and John Matthew and his human past to name only a few.  But, with overcoming these problems whether physical or mental allow for them to grow as characters and still kick ass and show the Lessers who is boss.  These males take care of theirs and no one better ever threaten what is theirs or face the dire consequences.

two entities.  One half is the man and the other half is the demon they house.  These Lords face similar issues like that of the Brotherhood except they are constantly fighting themselves. Most of the Lords must do things like consistently lie, win every challenge or cut themselves or they are in immense pain.  These cursed men fight those who are trying to destroy them while still protecting their mates.  These men, like the BDB, are strong-willed Alpha males.

I have covered both strong female and male characters.  There are only a few series’ that offer partnerships that allow for both to be Alphas or dominant.  Cat and Bones from Jeaniene Frost’s Nighthuntress series and Elena and Raphael from Nalini Singh’s Guild Hunter Series are

two that stick out to me.  Both of these strong couples support yet protect each other.  Both allow for dominance and strength in each other while accomplishing their goals.  This type of relationship is rarely seen in novels.  I believe it’s probably just very difficult to write.  It is much easier to have one central character be the dominant.

All this being said, I still am at a loss to which I prefer.  Whether I like the strong, witty, fun female protagonist or the domineering, overly protective/sensitive male protagonist, I am unsure.  But, if those two get together I know they most likely will have fireworks and really sexy love scenes.  And, who doesn’t like a good sex scene?

What do you prefer, A Female Alpha or a Male Alpha?