Happy Friday!  Today I am bringing to you the final installment in the Star Child series.  In this we see how Gabe’s world was turned upside down and how he recovers from the changes.  Gabe’s story fills in all the holes and makes you love him even more.  For my full review keep reading after the book blurb.  Have a fantastic weekend! 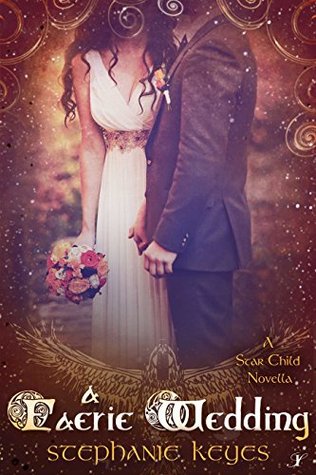 Gabe Stewart has everything he ever wanted. Mortal Earth is safe. He’s a super-hero Protector whose best friend is within telepathic shouting distance. And then there’s his soul-mate, Singer. He knew right away she was the one he’d been waiting for.
But Gabe’s world shatters when Singer professes she doesn’t love him. On top of that, his mother admits she’s been messing with his memory making him doubt everything he’s ever known. And just when it seems things can’t get any worse, his best friend in the whole freaking world, Kellen St. James, wants Gabe to stop being his Protector. Being a Protector is who Gabe is. What will happen if he’s not standing between the prince and danger?
When the man who’s sacrificed his freedom is faced with life alone, which path will he choose? Will he remain the last Protector? Or will he finally get the happy ending he deserves?
*A Faerie Wedding is a companion novella–intended to be read after the other books in the series. It is a New Adult novel and features adult language and situations.

After having helped save the world, Gabe can’t imagine anything better than marrying the woman he loves.  But, when he attempts to ask she ends everything with him.  Feeling lost he goes back to his best friend for help.  What he doesn’t expect is for Kellan to set him free of his duties.  Gabe feels lost and aimless.  It will take the advice of someone on the outside to set him straight.  When he finally decides what he wants will he be able to get the happily ever after he deserves?
I adored this story.  Gabe is one of my favorite characters in this series.  He is sweet, devoted and head strong.  All of those qualities made him an awesome Protector.  But, when those duties are taken away he is aimless and weak for the very first time in his life.  In this story, we get to see the softer side and vulnerable side to a character that wasn’t allowed to be.  Stephanie Keyes does a fantastic job taking a strong character and making him relatable in a weakness that every one goes through at some point. This final story in this series has done a fine job with its story and characters.  This is one series I will truly miss.